Abstract: Ultrawide bandgap semiconductor (AlGa)2O3, which has a tunable bandgap between 4.9 (Ga2O3) and 8.7 eV (Al2O3), has recently emerged as a promising material for optoelectronic applications. The (AlGa)2O3 based solid state devices are almost based on material structures created by thin film deposition. Thus, the deposition technology can be regarded as one of the keys to the fabrication of (AlGa)2O3 based devices. Various growth techniques have been explored to deposit (AlGa)2O3 films, including sputtering, molecular beam epitaxy, mist chemical vapor deposition, metal organic chemical vapor deposition, and pulsed laser deposition (PLD). Among these deposition methods, PLD is a good candidate technology for low temperature growth because the ablated species generated in the PLD process have relatively high kinetic energies. In another aspect, the oxygen plasma has been found to be an effective assistant species for decreasing the growth temperature of thin films. Thus, the combination of PLD and oxygen plasma assistance should be a very effective method for low temperature film growth. In this talk, we report on the low temperature growth of (AlGa)2O3 films by oxygen plasma assisted PLD. The prepared films show a good (−201) orientation perpendicular to (0001) sapphire substrates even at a deposition temperature as low as 200 °C. The influences of the substrate temperature on the structural and optical properties of the films have been systematically investigated. Recent progress on the growth of these ultrawide oxide semiconductors will also been presented.

Biography: Prof. Dr. Guo received B. E., M.E., and Dr. E degrees in electronic engineering from Toyohashi University of Technology in 1990, 1992, and 1996, respectively. He is currently a Professor of Department of Electrical and Electronic Engineering, Saga University as well as Director of Saga University Synchrotron Light Application Center. His research interests include epitaxial growth and characterization of semiconductor materials. Prof. Guo has published more than 300 papers in scientific journals including Nature Communications, Advanced Materials, Physical Review B, and Applied Physics Letters with more than 6800 citations (h-index: 43).

Abstract: While many of natural minerals, functional ceramic and glass materials are either oxides, chalcogenides or halides, the mixed-anion compounds, which contain several different anions, have now drawn attention as new types of inorganic material. Because of unique coordination, crystal structures and tunability of valence band in such mixed-anion compounds, it is possible that fundamentally different, innovative functions may be created. Materials with such innovative functions are expected to be created by using several different anions with differing electronegativity and polarizability, and exploiting the exceptional ability of such anions to control chemical bonding and electronic structures. In addition, many elements that become anions have a high Clarke number, and mixed-anion compounds have the possibility of becoming materials that act as a driving force for element strategies.

In this talk, some examples of development of new luminescent materials will be introduced by giving asymmetric ligand field to the active center and achieving lower excitation energy of charge transfer band by the valence band engineering in oxynitride and oxyhydride systems. Also examples of oxyfluoride glass ceramics will be presented, which have both formability of silicate glasses and high luminescent efficiency because of low phonon energy environment around the active ions.

Biography: Professor Setsuhisa Tanabe received Dr. Eng. at Department of Industrial Chemistry, Kyoto University (KU) in 1993. After working as an assistant professor, he was promoted to an associate professor in 2001 and to a full Professor in 2008 all in KU. He is the author of 250 original papers, 27 book chapters, and 51 review papers on rare-earth doped luminescent materials for upconversion lasers, optical amplifier for telecommunication, LED phosphors, quantum-cutters and persistent phosphors. He has served as a plenary, keynote or invited speaker at 150 international conferences.
He was the Chair of TC20 (Optoelectronic Glasses) of International Commission on Glass (ICG) during 2003-2011 and is now a member of Steering Committee of ICG since 2013. He is Associate Editor of Journal of Luminescence and Fellow of SPIE. He got various awards from The American Ceramic Society (2018), The Ceramic Society of Japan (2009), The Chemical Society of Japan (1998), The Rare-Earth Society of Japan (2002), and ICG (2012). His publications receive 8638 citations (h-index: 47) according to Scopus.

Abstract: Nanoparticles of group 11 metals like Cu, Ag and Au during the last decade attract attention of many researchers because of the localized surface plasmon resonance (LSPR) effect. This effect is important for many of the applications that employ localized surface plasmons and is described as collective charge oscillations confined to metallic nanoparticles. As one of the important emerging applications of such an effect, biomedical applications could be mentioned, where gold nanoparticles are used for plasmon-enhanced photothermal cancer therapy. Metallic nanoparticles of group 11 can act as well as a base of nanoscale devices and sensors with high selectivity and sensitivity. The resonances strongly depend on the local environment, allowing them to be used as ultrasensitive chemical and biological sensors. In addition, the strong electromagnetic field generated in the vicinity of the scatterer can greatly enhance the magnitude of the Raman scattering signal. This enhanced scattering process is known as surface-enhanced Raman scattering (SERS) - a term that emphasizes the key role of the noble metal substrate in this phenomenon. Finally, plasmonic field enhancement has also enabled applications of nanoparticles for improved solar light harvesting and photocatalysis.

In the current lecture the recent research results on the optical studies of colloidal solutions of silver nanoparticles, production of regular two dimensional nanostructures employing capillarity assisted particle assembly as well as studies of surface lattice resonance (mixed mode of LSPR and light diffraction in a regular structure) will be presented and discussed. The steady state light absorption measurements performed together with ultrafast transient pump-probe spectroscopy enabled to define spectral response as well as kinetics of the processes on the picosecond time scale. These issues are important in the mentioned fields of applications including development of smart sensors exhibiting high sensitivity.

Biography: Prof. Dr. Habil. Sigitas Tamulevičius (M) obtained the Physics Engineer degree from the Moscow Engineering Institute in Physics (Moscow, former USSR) in 1979, a Ph.D. degree from the University of Vilnius in 1984, Doctor Habilitus degree from Kaunas University of Technology (1994). From 1990 to 1991, he was postdoc at Royal Institute of Technology (Stockholm, Sweden). In 1994 he was Research Scholar, Fulbright Scholarship, Department of Physics, Massachusetts Institute of Technology (USA). Since 1996 he is full professor at the Physics Department and Research director of the Institute of Materials Science of Kaunas University of Technology. He has co-founded spin-off company, co-authored approx. 240 peer reviewed publications in the field of vacuum and plasma technologies and optical technologies and spectroscopy with more than 2200 citations (h-index: 24), and is (co-) author of 15 textbooks on different aspects of Materials Science. From 2002 he was Member expert and from 2010 he is full Member of Lithuanian Academy of Sciences. Prof. Sigitas Tamulevičius has received series of awards including Soros Foundation Research Grant, (1993) (Awarded by American Physical Society), Fulbright certificate (1997), National Award for Science (2000 and 2019), Recognition letter by the President of EMRS (2010), Honorary Professor of Southern Denmark University (2016), Laureate of Kaunas City Scientist Award (2017). He is Editor in Chief of Scientific Journal “Materials Science (Medžiagotyra)", Member of Editorial Board of “Materials Research express” (IOPScience), American Journal of Nanomaterials“ (Science and Education Publishing), “Coatings” (MDPI), member of steering committee of European doctoral network Physics and Chemistry of Advanced materials. He was a national representative in FP7 programme “Nanosciences, nanotechnologies, materials and new production technologies”. He headed multiple research projects funded by FP, Horizon 2020, COST, Eureka, NordForsk, Lithuanian State Foundation for Research and Studies, the Research Council, as well as Science and Innovation Agency of Lithuania. 15 PhD theses were defended under his guidance; he has supervised five postdoctoral researchers. 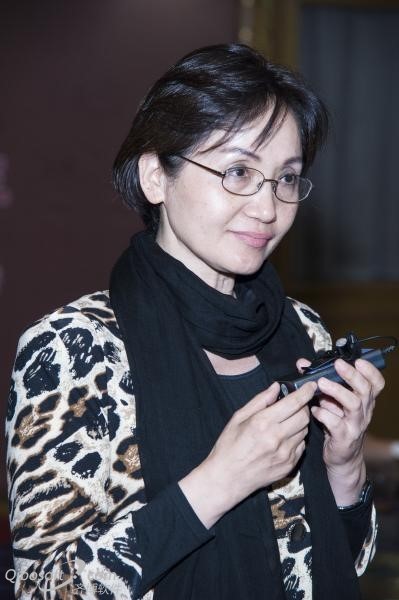 Abstract: Spider silks are one of the extensively studied natural protein materials due to their outstanding mechanical and smart behavior. A spider web collects water by its capture-silk for recovering the daytime-distorted shape during night through water-sensitive shape memory effect. This unique smart function and geometrical structure of spider-silk has inspired the development of artificial fibers with periodic knots for directional-water-collection with vast potential applications in water scarce regions. Existing such fibers were mainly based on nylon filaments coated with petroleum-originated synthetic polymer solutions, which proves to have limited capability in water collection. Different from using synthetic materials, an all silk-protein fiber (ASPF) with periodic knots to endow extremely high volume-to-mass water collection capability. This fiber has a main body of B. mori degummed silk coated with recombinant eMaSp2 of spider dragline silk. It is 252 times lighter than synthetic polymer coated nylon fibers that once was reported to have the highest water collection performance. The ASPF collected a volume of 6.6 µL of water and has 100 times higher water collection efficiency compared to existing best water collection artificial fibers in terms of volume-to-mass index (VTMI) at the shortest length (0.8 mm) of three phase contact line (TCL). Since silkworm silks are available abundantly, effective use of recombinant spidroins tandemly shows great potential for scalability.

Biography: Prof. Jinlian HU is a smart polymer and textile materials scientist. Graduated from Donghua University in textile materials and received a PhD from Manchester University, she recently joined the Department of Biomedical engineering, City University of Hong Kong where she established a Laboratory of Wearable Materials for Healthcare. The laboratory focuses on unearthing scientific principles and providing solutions to key problems in Healthcare of Wearable Materials in three major areas: Traditional Chinese medical therapies and their materials, energy materials and healthcare as well as spider silks and their relatives as biomaterials as well as personal protective integration. As such, we apply advanced methods including custom-made wearable electronics as basic tools to examine materials, their application methods, and particularly their interactions with human body in terms of physical, chemical, biological, philological and informational relations. From the discoveries and models of basic research, applied investigation, product developments and standardization are envisaged, which can produce societal as well economic impact in addition to scientific advances. Before CityU, professor Hu worked at Hong Kong Polytechnic University for more than 20 years. Professor Jinlian HU is a Fellow of the Royal Society of Chemistry, Hong Kong Institution of Textile and Apparel and the British Textile Institute. She is the founding chairman of the Hong Kong Health Science and Technology Park, the executive vice chairman of the Hong Kong Invention and Innovation Federation and a Council member of the Hong Kong Far Infrared Association.